I should have been, but I wasn’t prepared for the extent of the Roman Empire ruins in southern France.  I gave you a peek in June with the aqueduct at Pont du Gard. “The Roman Theatre at Orange” with its intact rear wall is remarkable. 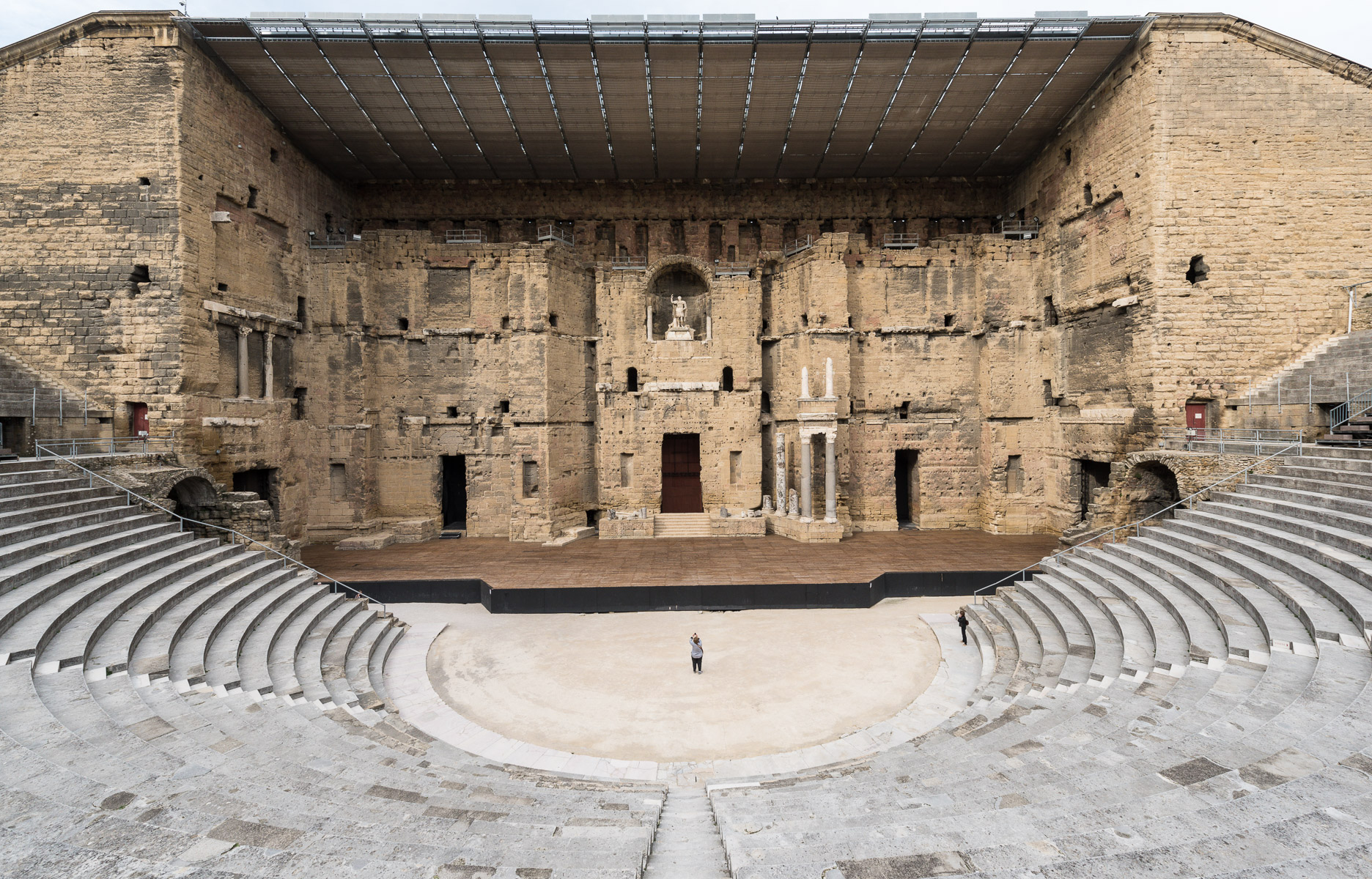 We entered from stage right of the orchestra and, after wandering around the orchestra, I decided to move up to try to get a good look at and photo of the immense wall.  After climbing many rows, I turned around and Peggy was center orchestra making her own photo, providing me the opportunity to make this image which I love.  The tiny figures of Peggy and Olga reveal the scale of the theatre.

In nearby Nimes we found more Roman ruins, including an arena.  While not the scale of the Colosseum in Rome, it was impressive nonetheless. 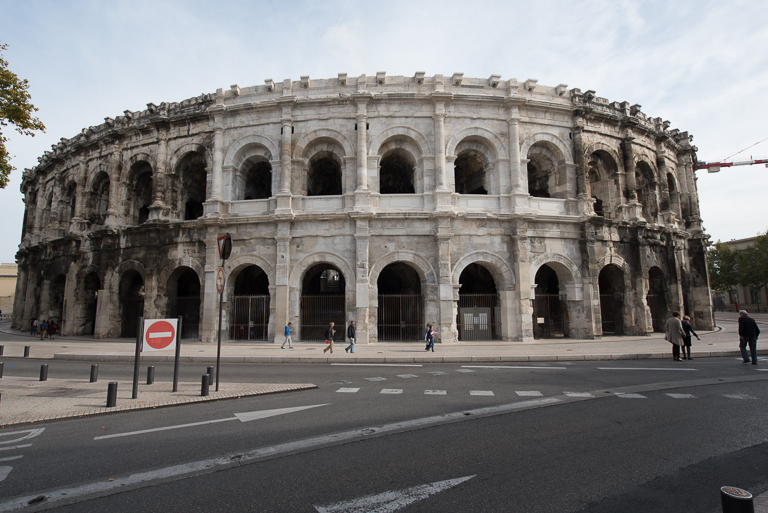 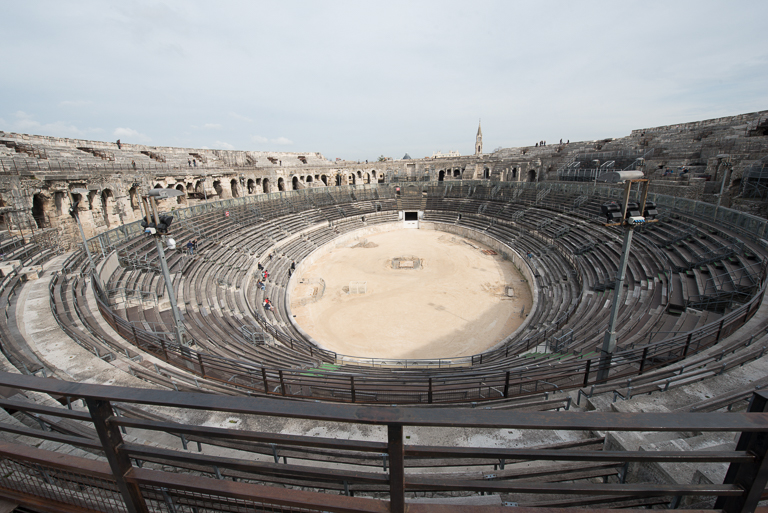 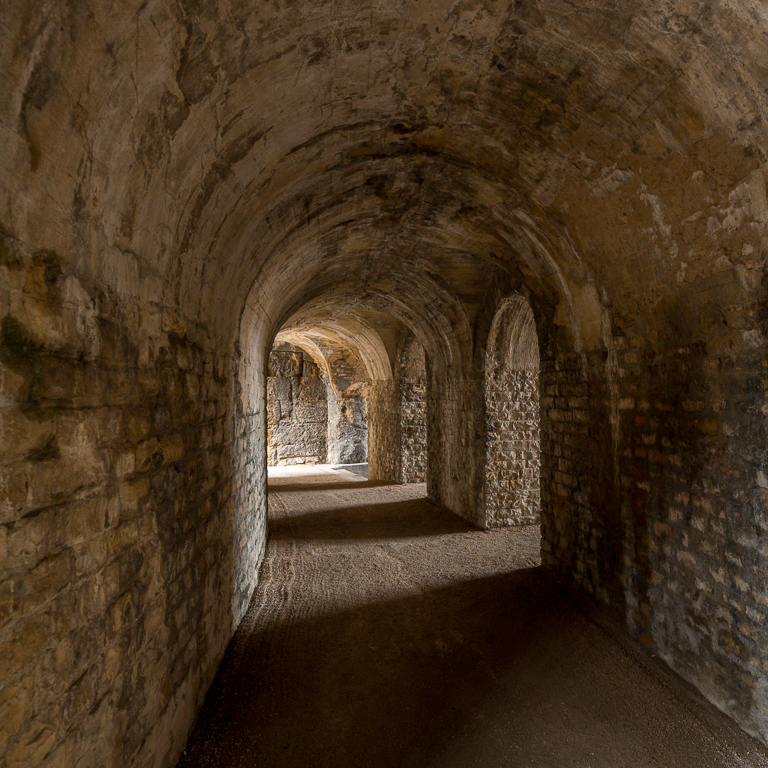 Old and new structures share space, but it’s the old structures that have the ornate details. 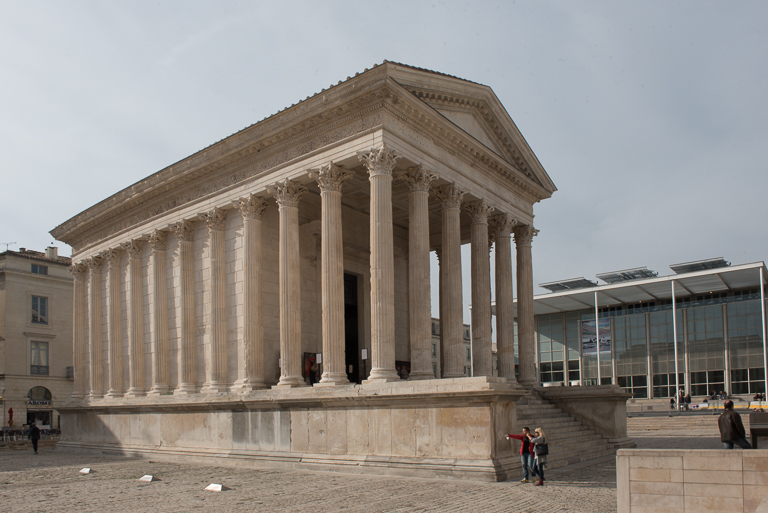 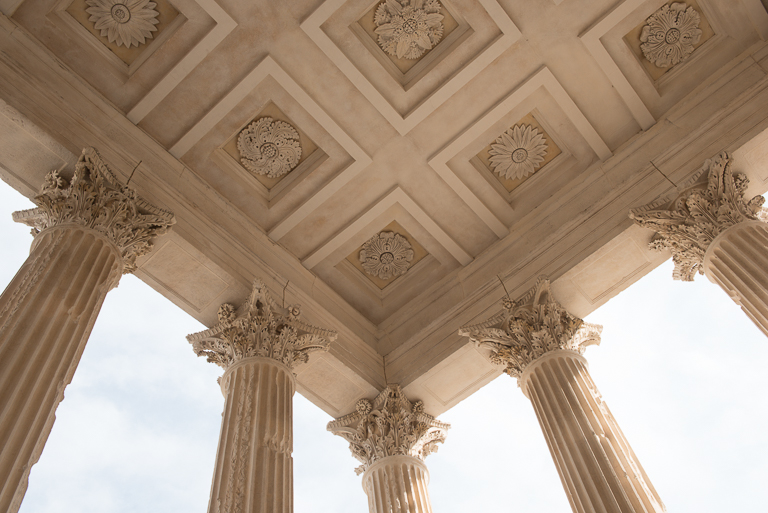 A great place to take wedding portraits.  I can never resist photographing a bride and groom, surreptitiously, of course. 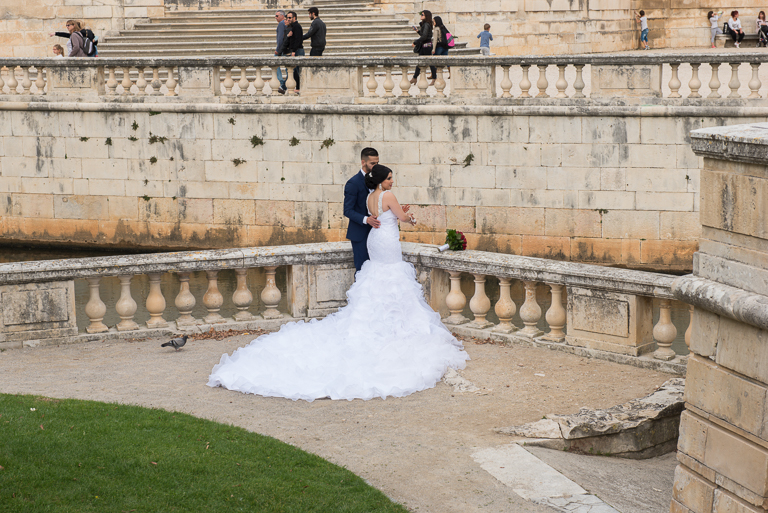